What is the Bash?  Is it something illegal or personally dangerous? 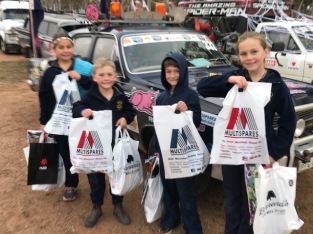 Nothing of the sort. It is a motoring event, used to raise money for special needs children of Australia.  The Bash is a celebration of a year’s hard work to raise the money for speical needs children. The Bash is not a race or a rally and speed is not important. What really matters is that everyone has an enjoyable time travelling in parts of Australia they would not otherwise see.

In 1985, Dick Smith and some fellow adventurers set off from Bourke for Burketown in what they called a ‘Drive through the Bush with Mates’ and raised $250,000 in the process for Variety – the Children’s Charity. So started an Australian iconic motoring event called ‘Variety Bashes’ now held in every state of Australia. 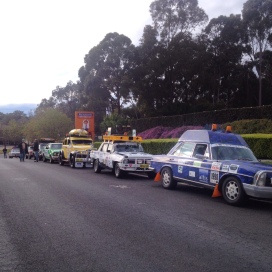 This year will be the 35th B2B Brydens Variety Bash and will leave from Bondi Beach on July 28 Sunday with a big beach ‘party’ for all the family.  We finish at Batt Reef QLD on August 5 –  4,3570 kms later.   We visit Singleton, Inverell, Miles, Emerald, Hughenden, Georgetown, Karumba, Chillagoe and Port Douglas.  Over 100 entrants in pre 1989 vehicles such as HR Holdens, Falcons, Minis, Volvos, Valiants, VWs, Dennis fire engines and school buses will attempt the mammoth trip, supported by officials, mobile workshops, light planes, choppers and luggage trucks.

Cars are encouraged to ‘theme’ and dress up to entertain the children we visit at the schools each morning and lunch times.  You will are likely to see Mermaids, Thunderbirds, Angels, Pirates, Avengers, Firemen, Scoobie Doo, Little Pigs or the Ninja Turtles on the trip!

What is a Bash Car? 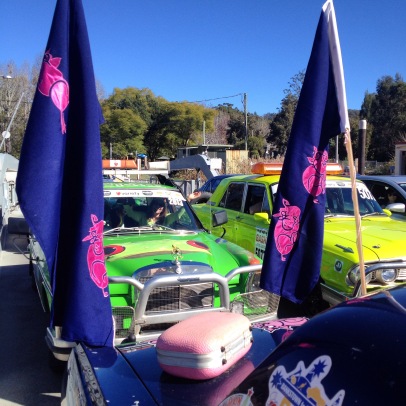 All vehicles entered in the Bash must have been manufactured prior to or during 1989 – at least 30 years old. They must be roadworthy, registered and insured as prescribed by State laws. You will need a reliable, well-built vehicle, which will survive the trip and be noticed so that your sponsors receive some benefit.

All vehicles must be conventional two wheel drive vehicles with a maximum crew of four people. Motorcycles, buses, coaches, caravans, skateboards or wheelbarrows are not allowed.

Attention-grabbing and unusual decorations make for a great Bash car  the stranger the better.

For more information go to  www.varietynsw.org.au and go to